What Plants are Poisonous to Dogs? A Comprehensive List of Pet-Friendly and Toxic Plants

What is Plant Toxicity in Dogs?

Dogs can become ill or die from eating poisonous plants. The most common type of plant toxicity in dogs is caused by eating toxic plants. The toxicity of these plants can vary depending on the type and amount consumed and the dog’s age, size and health.

The garden is the perfect place for dogs to explore, sniff and dig. Dogs are natural hunters, so it’s no surprise that they find gardening fun. They can spend hours hunting for small creatures in the soil or enjoy rolling around in the grass while they wait for their owners to return.

What is a Dog’s Sense of Taste and plants?

Dogs have a sense of taste, but it is less sophisticated than the human sense of taste. Dogs can detect sour and salty flavours, but they are not able to see the sweetness.

The dog’s sense of smell is much more developed than its sense of taste. It means that dogs are more likely to eat something if they smell rather than taste it. It can be a problem because some plants are poisonous to dogs and can cause death if consumed in just a few hours.

What might be the most popular shrubs that are toxic to dogs? 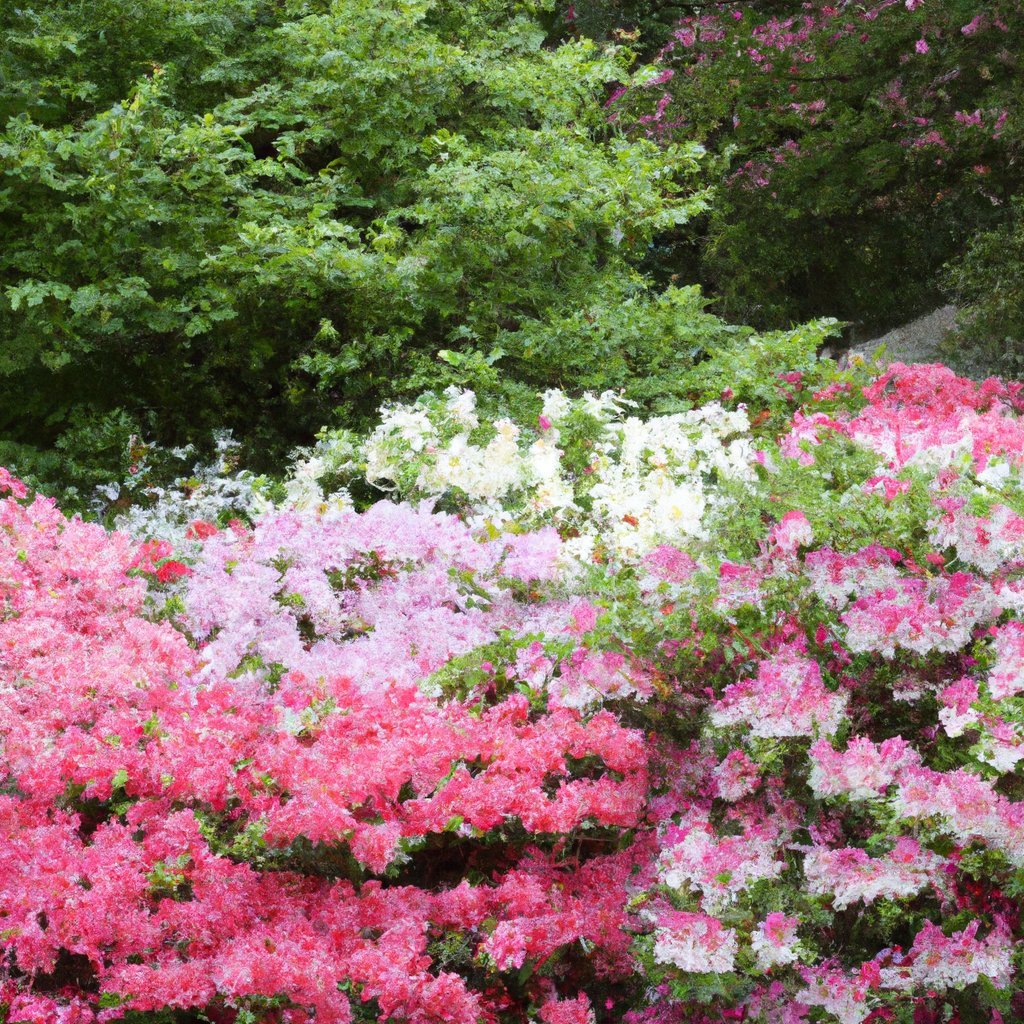 These plants are generally hazardous for dogs to consume, and they should avoid them. Eating even a few leaves can result in serious problems such as vomiting, diarrhea, drooling, paralysis, shock and coma. 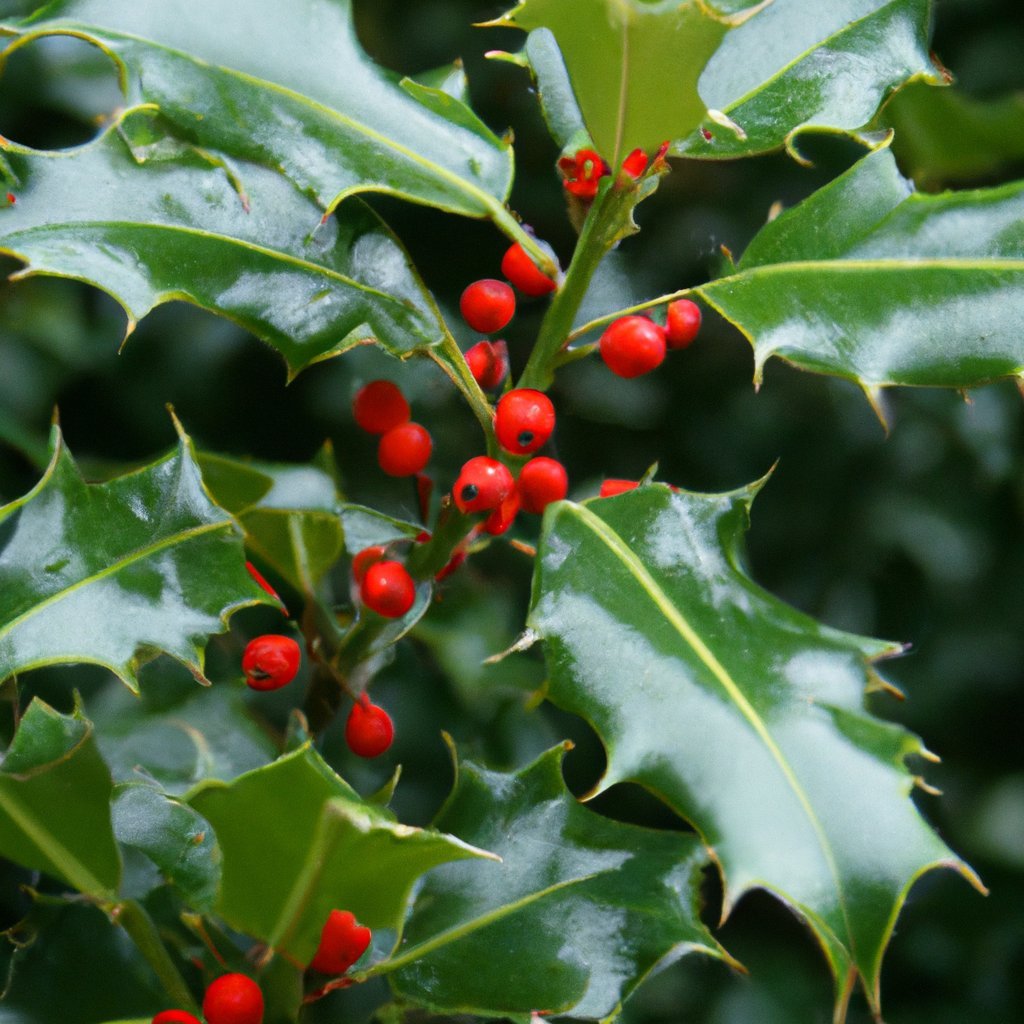 Many types of holly have varying toxicity levels compatible with green plants. English and American holly are the least toxic, but Japanese and Christmas holly are known to cause vomiting, diarrhea, and inflammation around the stomach. 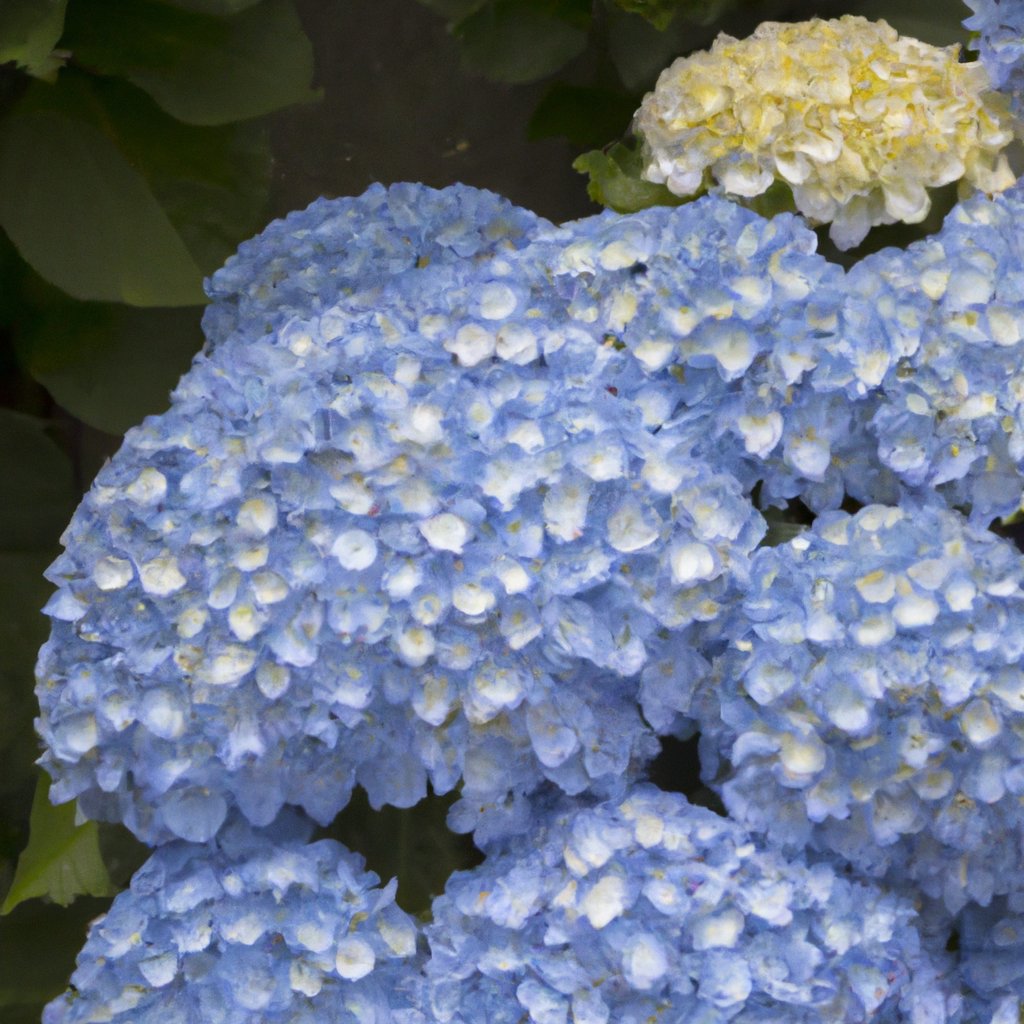 Hydrangea is a genus of flowering plants known to be toxic to dogs. The high concentration of toxic substances in the flowers and leaves makes this plant dangerous for dogs. Hydrangea contains carcinogenic glycosides, which can cause lethargy, diarrhea, vomiting, and other gastrointestinal upsets. 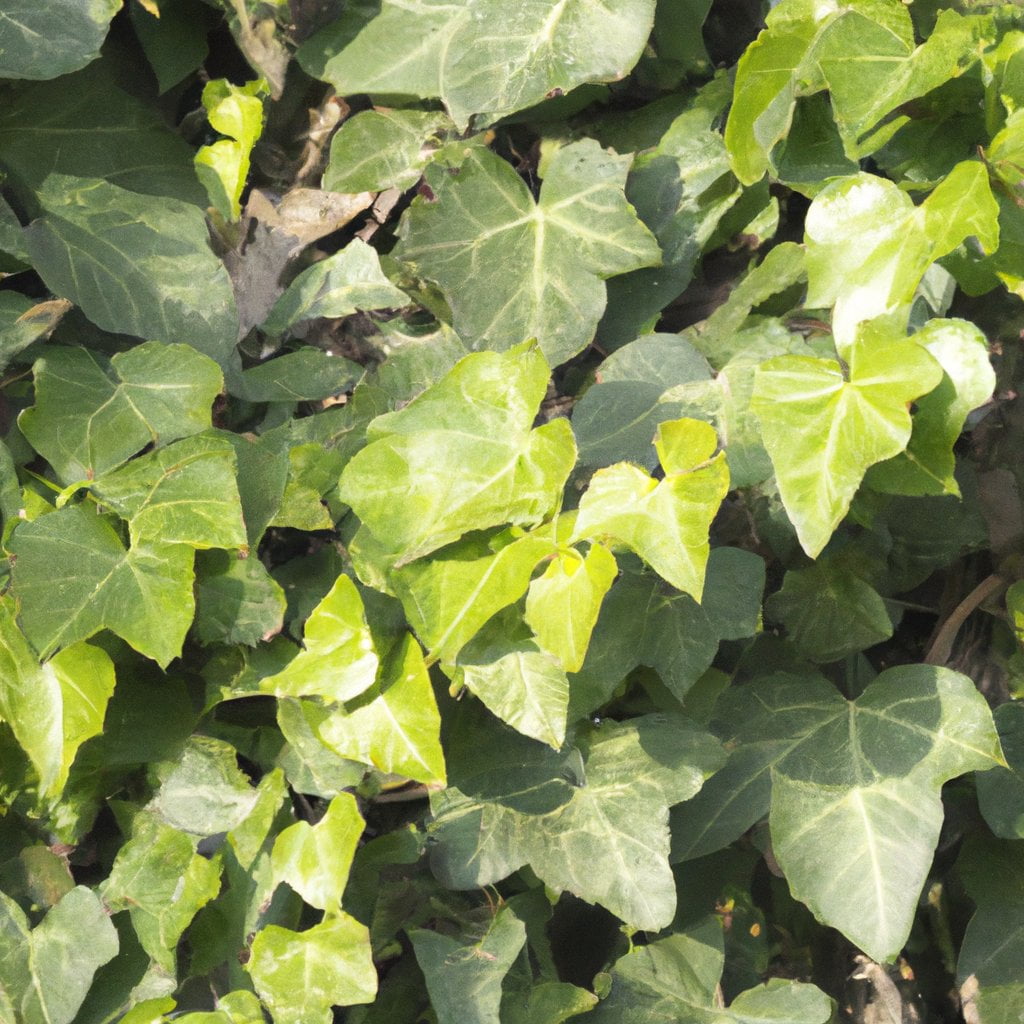 Ivy is a plant that grows as a climbing vine and uses to cover fences or walls. The Ivy leaves are quite poisonous to pets, mainly dogs, and can have devastating consequences when ingested. Ingestion can lead to excessive drooling and vomiting, diarrhea, swelling of the mouth, and breathing difficulties. 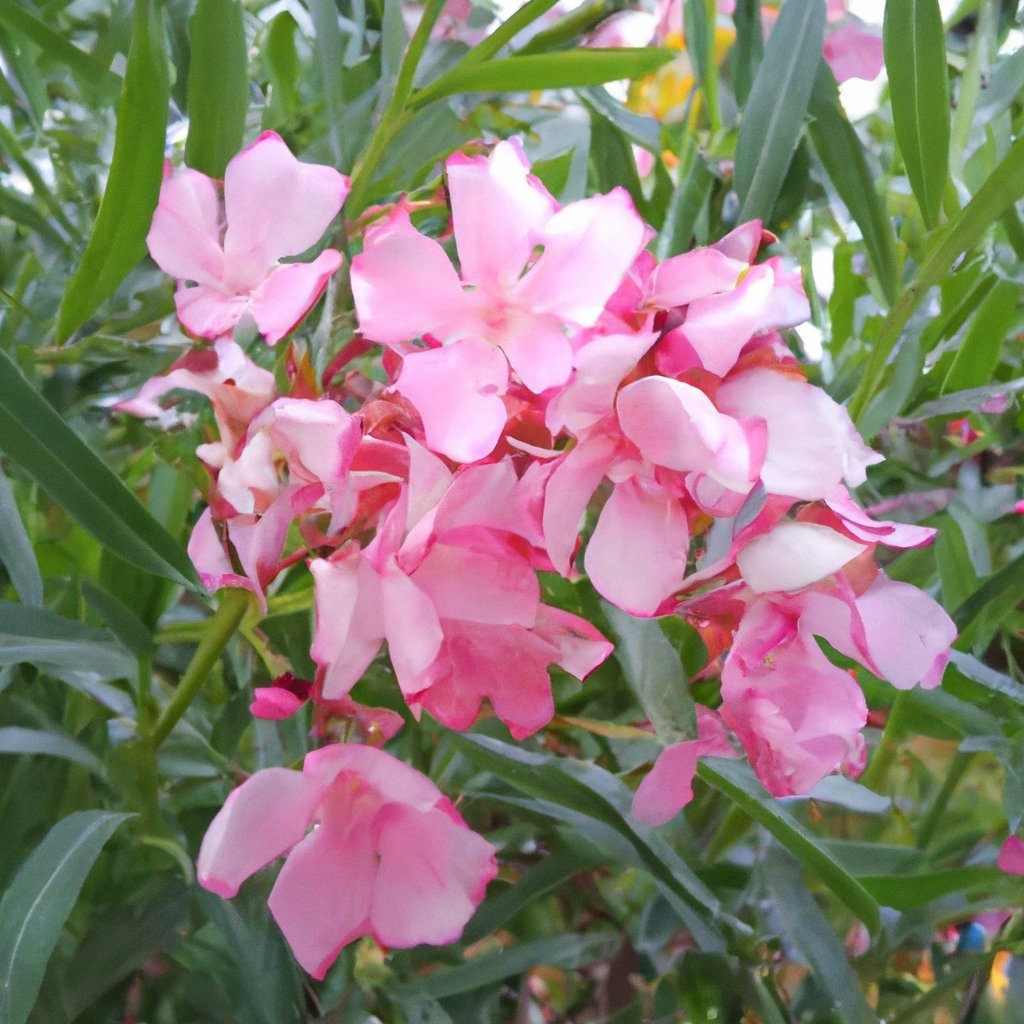 The Oleander is a beautiful ornamental shrub in public gardens and private yards worldwide. In recent years, using these shrubs as hedges has become popular. Unfortunately, all parts of this plant are toxic to humans and pets. The leaves and flowers are incredibly toxic – if your dog ingests these flowers or leaves, they can experience extreme vomiting. 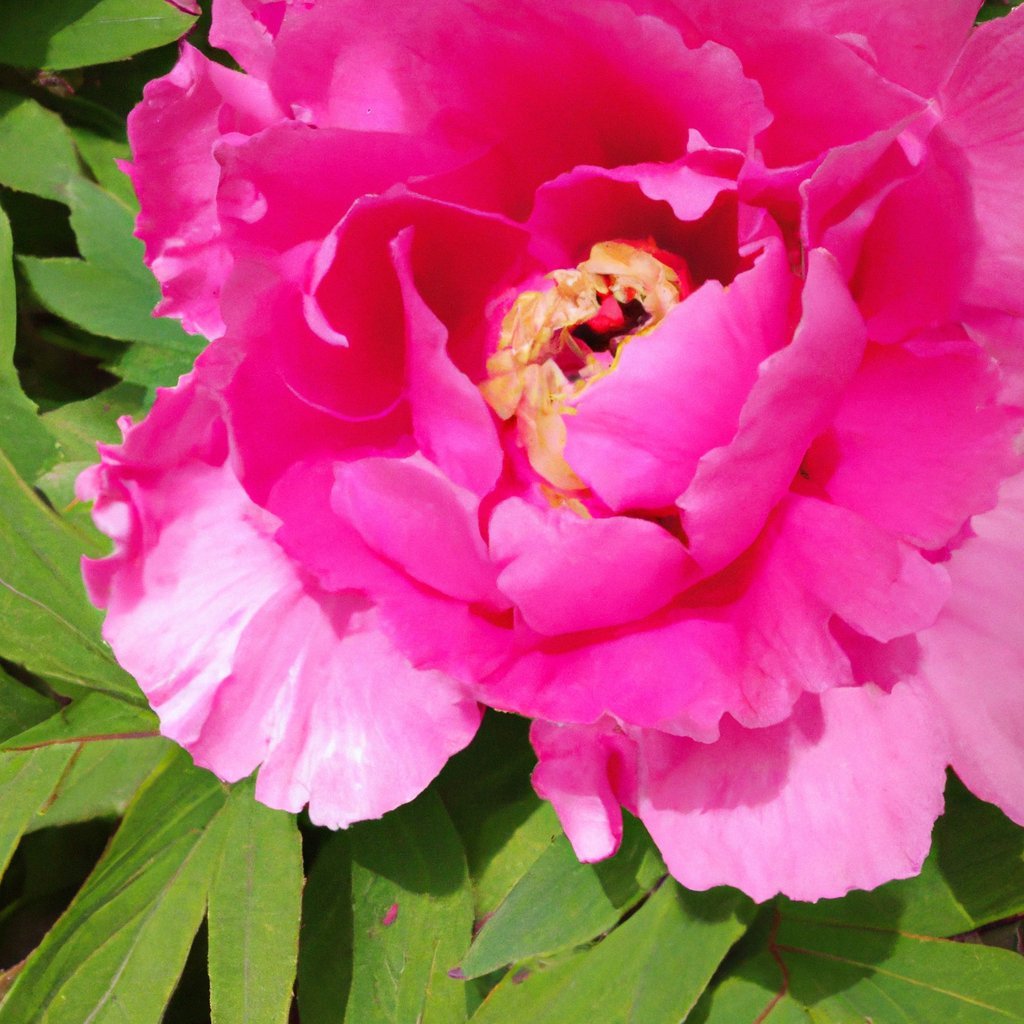 Peonies are beautiful to look at but can harm our furry friends. The toxin phenol is found in the plant’s bark and may cause vomiting and diarrhea in dogs who ingest it. 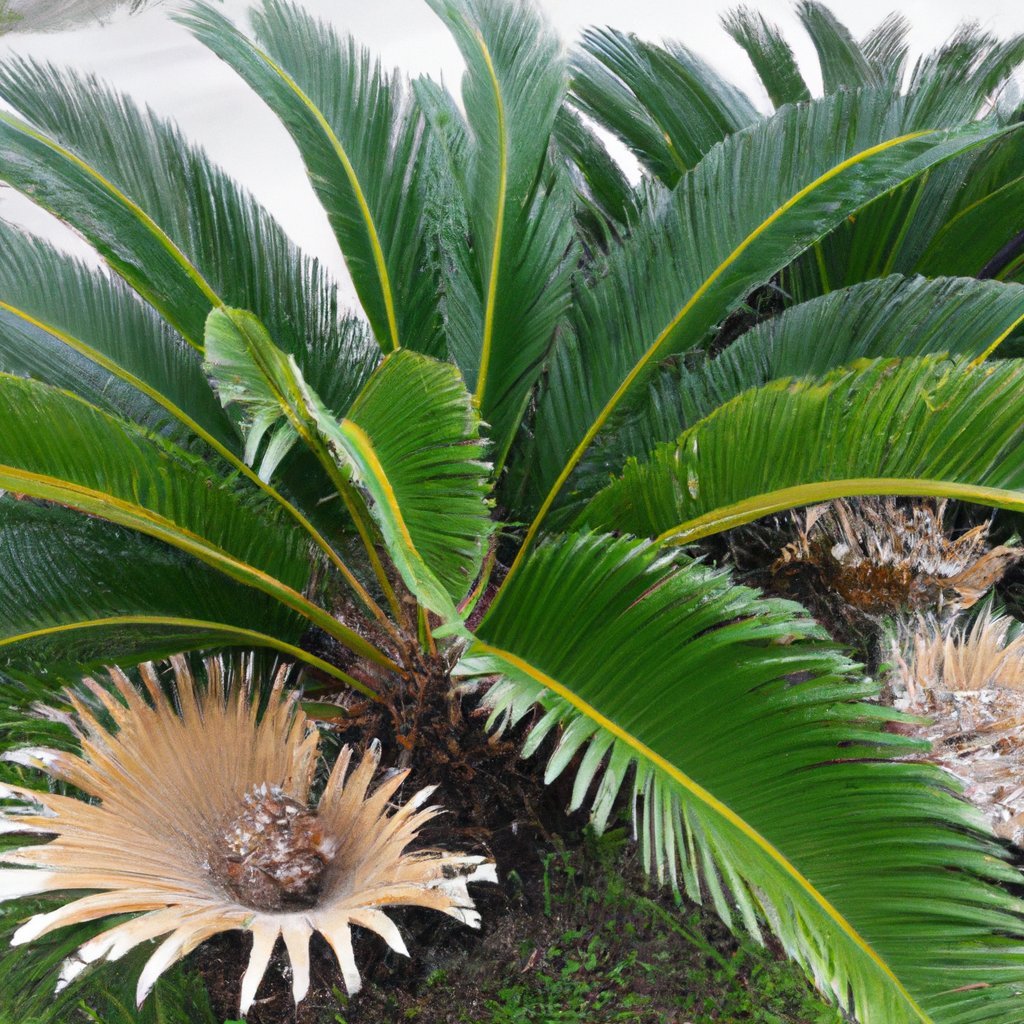 Many plants are considered toxic to animals, and the Sago Palm is no exception. This plant thrives in various climates and can be found outdoors as an ornamental shrub in temperate zones. The plant is highly poisonous to dogs and toxic to humans.

What Types of Trees Are Poisonous to Dogs? 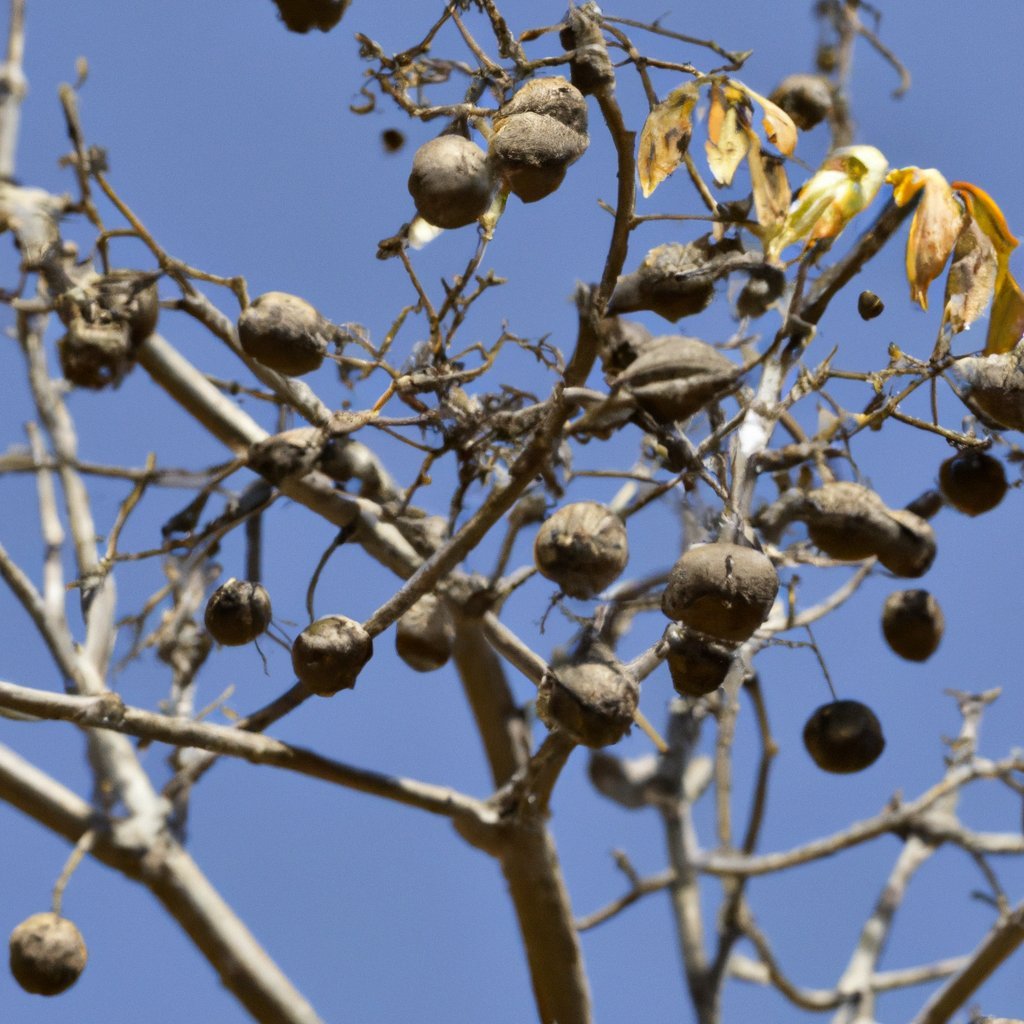 Dogs are typical victims of black walnut tree nuts because the nuts are so ubiquitous. The trees are not dangerous, but the nuts can be if a dog ingests them. They produce mould, which causes digestive upset and can even be fatal. 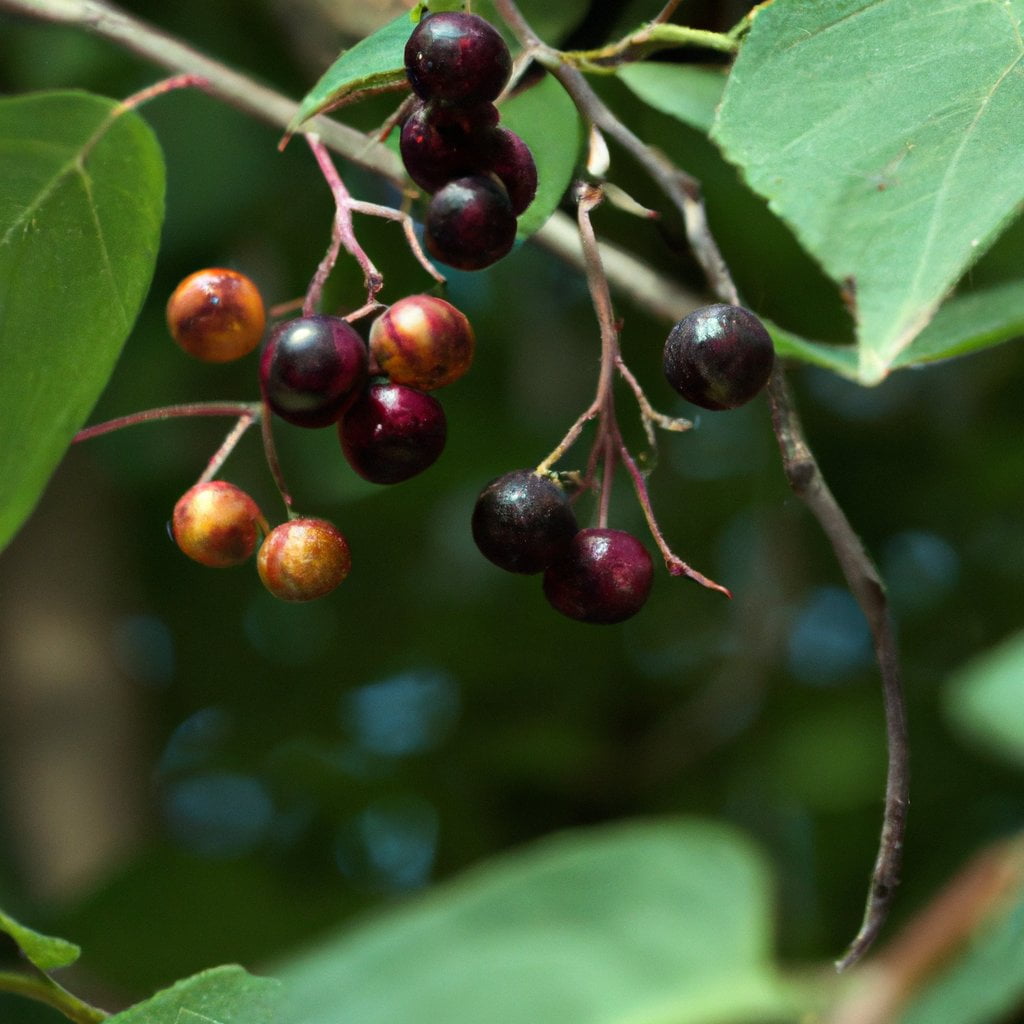 Otherwise known as the Amur chokecherry (Prunus maackii) is native to northeast Asia and Siberia. Botanists and toxicologists have studied this plant extensively, but its toxicity is known to be very toxic. Dogs may be at higher risk of poisoning because they are more likely to eat the plant, while humans are more likely to encounter it by touching their skin or inhaling the flowers.

Symptoms of Amur chokecherry toxicity in dogs include drooling, vomiting, diarrhea, abdominal pain and rapid heart rate. The symptoms can vary from 3 to 16 hours after ingestion of the plant. Other side effects may be: muscle spasms (with seizures), reduced appetite, increased thirst and labored breathing.

Dogs should not be given anticonvulsant drugs such as phenobarbital with this plant toxicity due to its potential to cause a significant increase in seizures. It may be wise to contact your veterinarian if your dog has been exposed to this plant and has shown signs of toxicity. 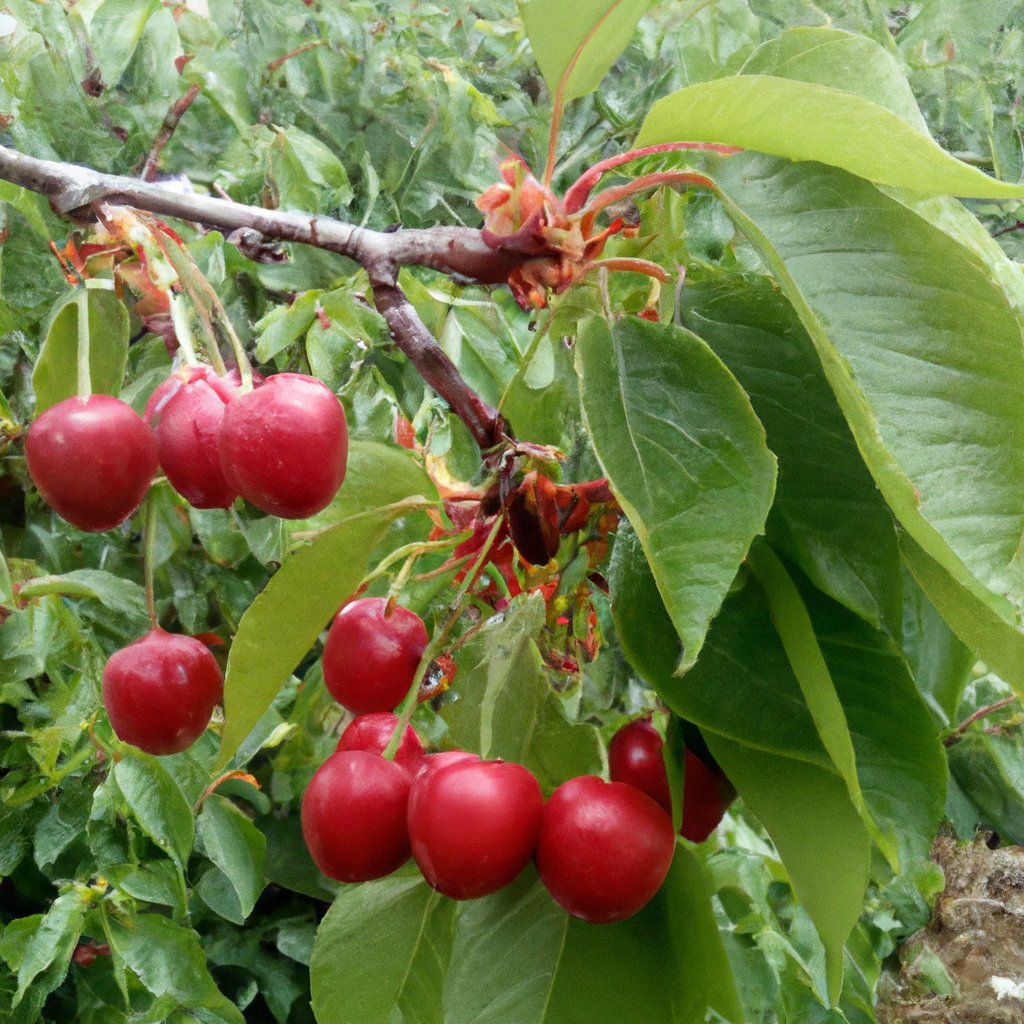 Fruit trees are essential to the ecosystem and provide food for humans, animals, and insects. But fruit trees can be toxic to your dog. Tree fruits, such as apricot, peach and plum, can be problematic for humans to digest. They often cause intestinal blockages. Apple seeds contain toxins that can make your dog sick and are also a choking hazard. 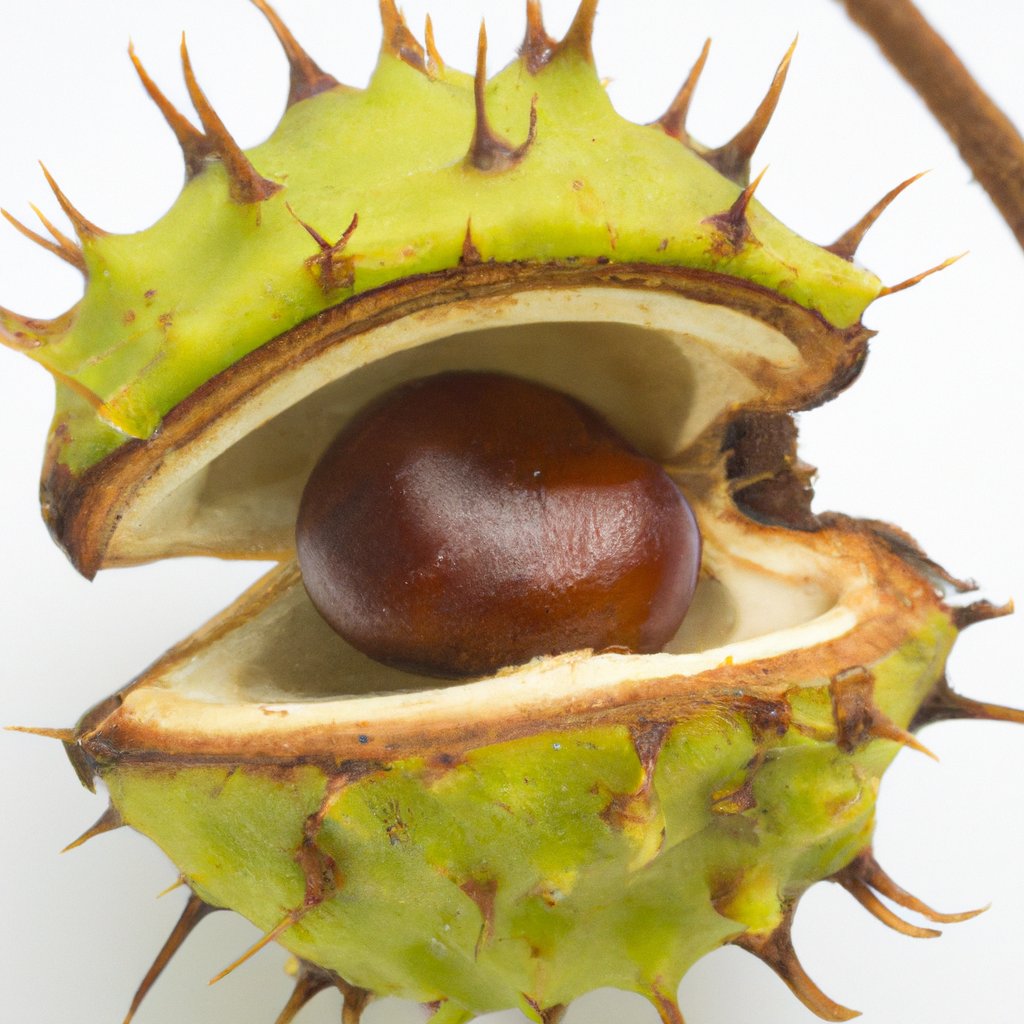 The horse chestnut, also known as buckeye, is a large tree traditionally planted in North America for ornamental purposes. The Buckeye tree contains saponin, which causes vomiting &amp; diarrhea, constipation, dilated pupils and problems with the central nervous system. These are all severe conditions that can lead to coma in dogs. 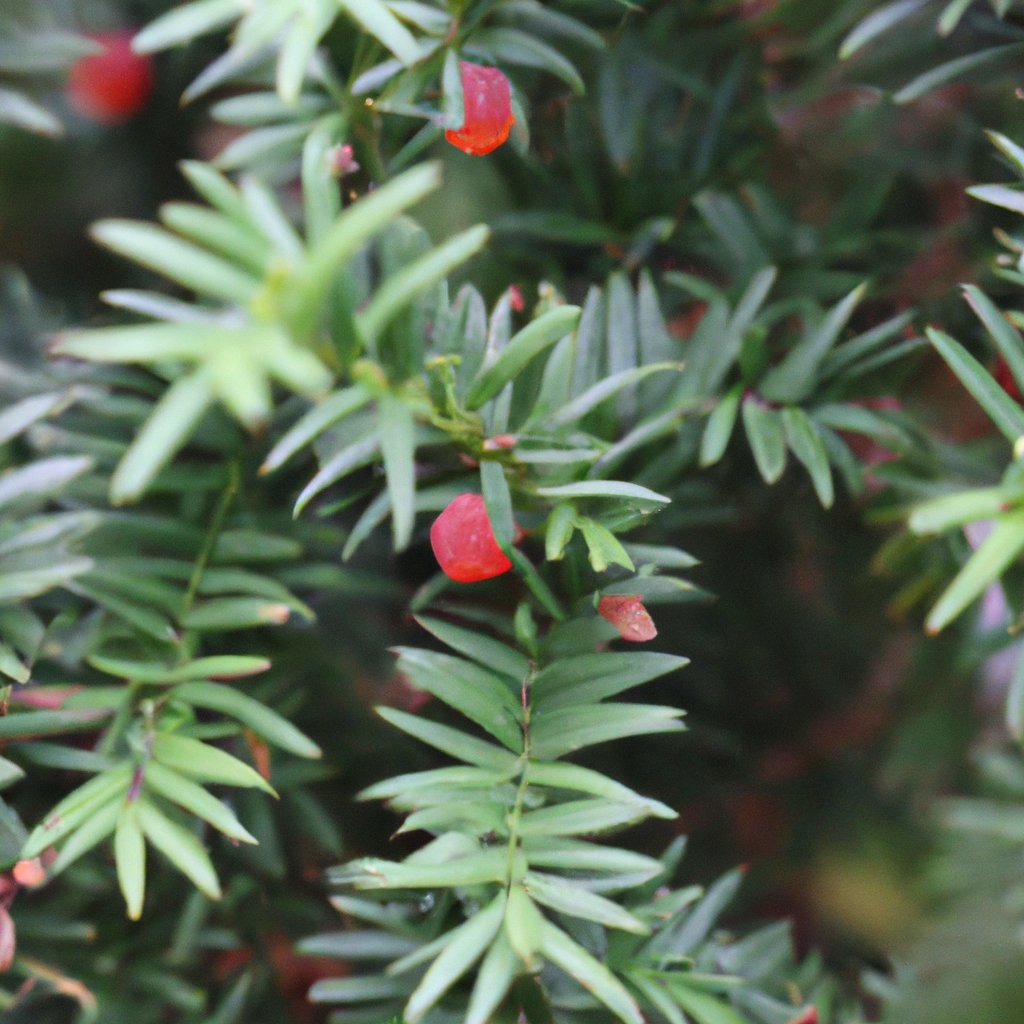 The Japanese Yew is an evergreen tree that belongs to the Taxaceae family and can grow to heights of up to 40 meters. The Japanese Yew is native to Japan and Korea and is called “yew” in Korean. This tree has a long history as a popular ornamental plant. Still, because of their ability to produce some hazardous toxins, they should be planted with great care and only in a well-drained garden do these plants contain toxic elements that may be fatal to dogs. Symptoms include trouble breathing, vomiting, tremors, and seizures. They are popular holiday decorations because of their vivid green leaves and red berries. 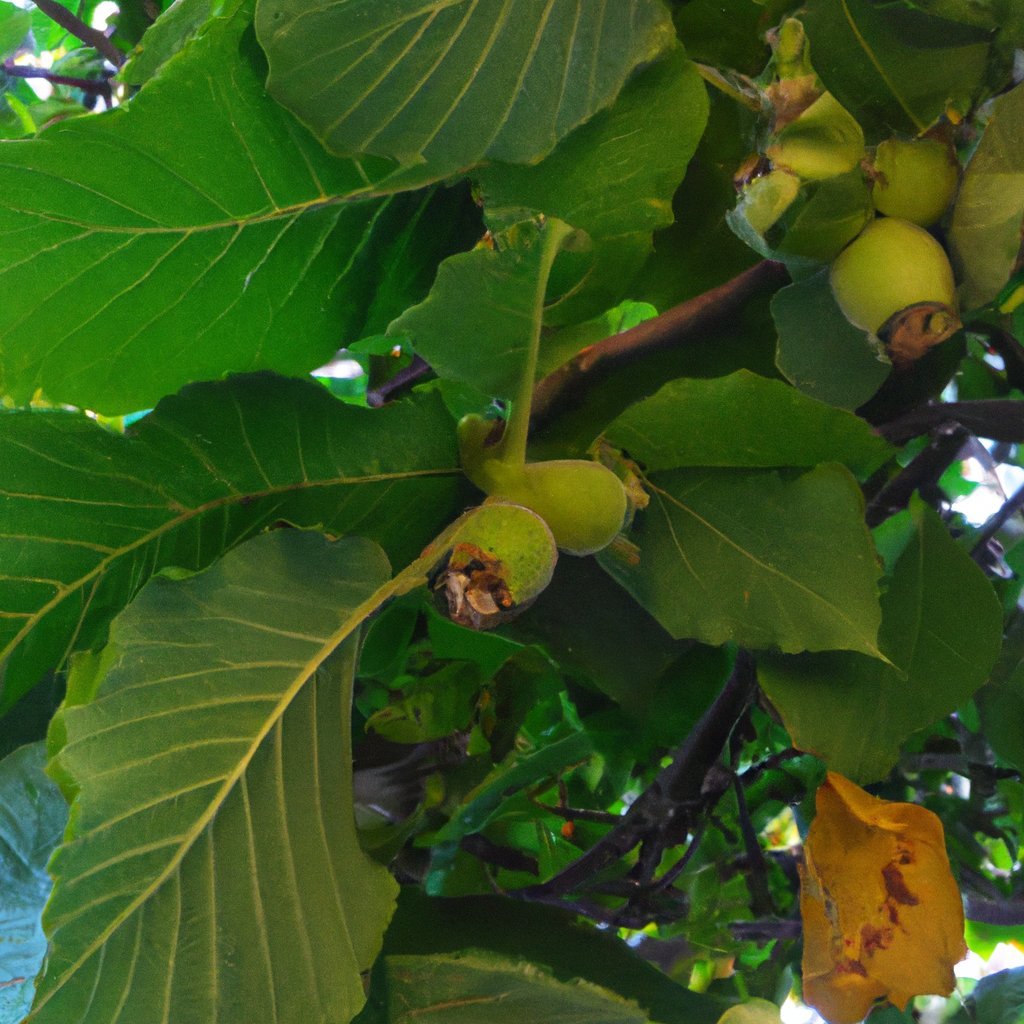 Dogs can be allergic to many things, including various nuts. The most common response to nut ingestion is gastric upset. It can range from mild vomiting or diarrhea per day to severe vomiting and diarrhea with abdominal pain and fever in some cases.

7 Plants That Are Poisonous to Dogs 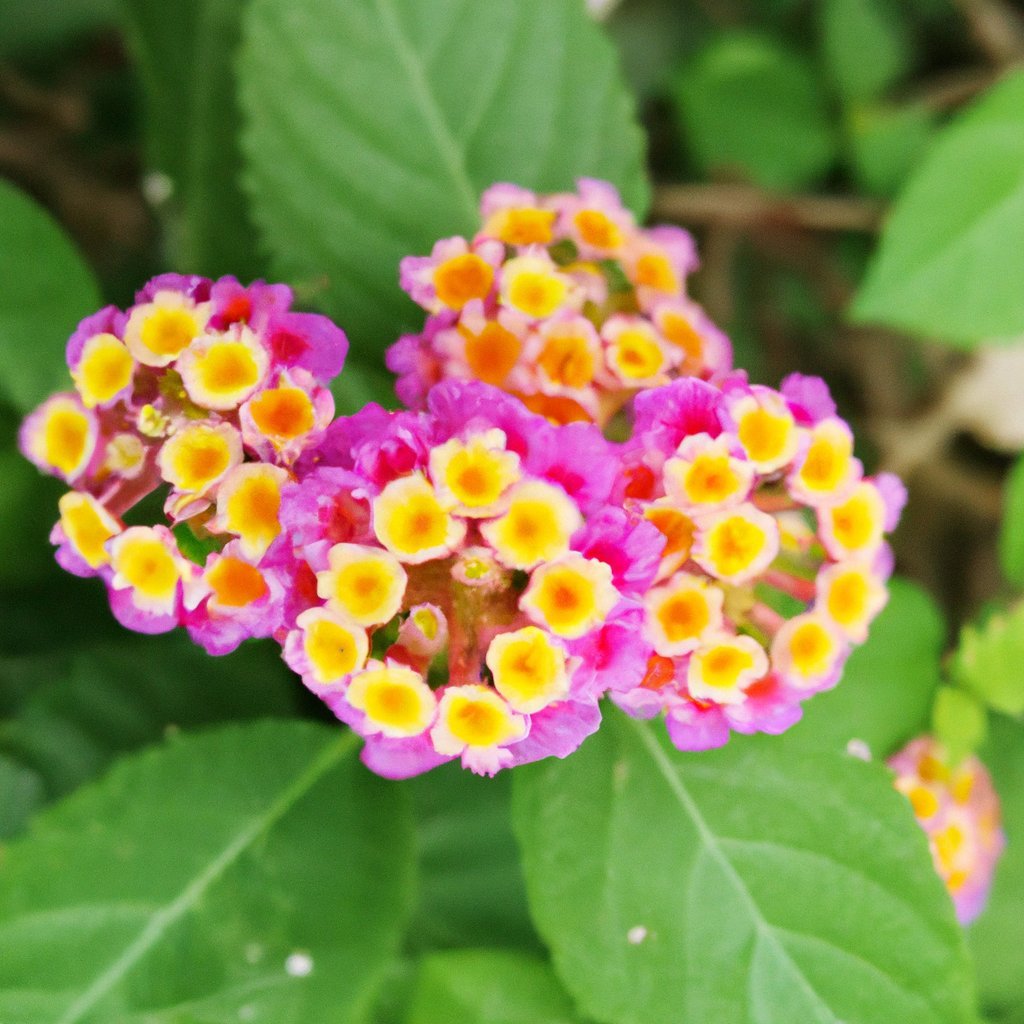 The Lantana plant is poisonous because it contains several toxic chemicals to humans and animals. The plant has at least six different toxins, which can irritate the skin, causing nausea, vomiting, headache, dizziness and even death if consumed in large amounts.

Lantana plants grow in various climates and can reproduce by seeds or runners that spread from the parent plant. 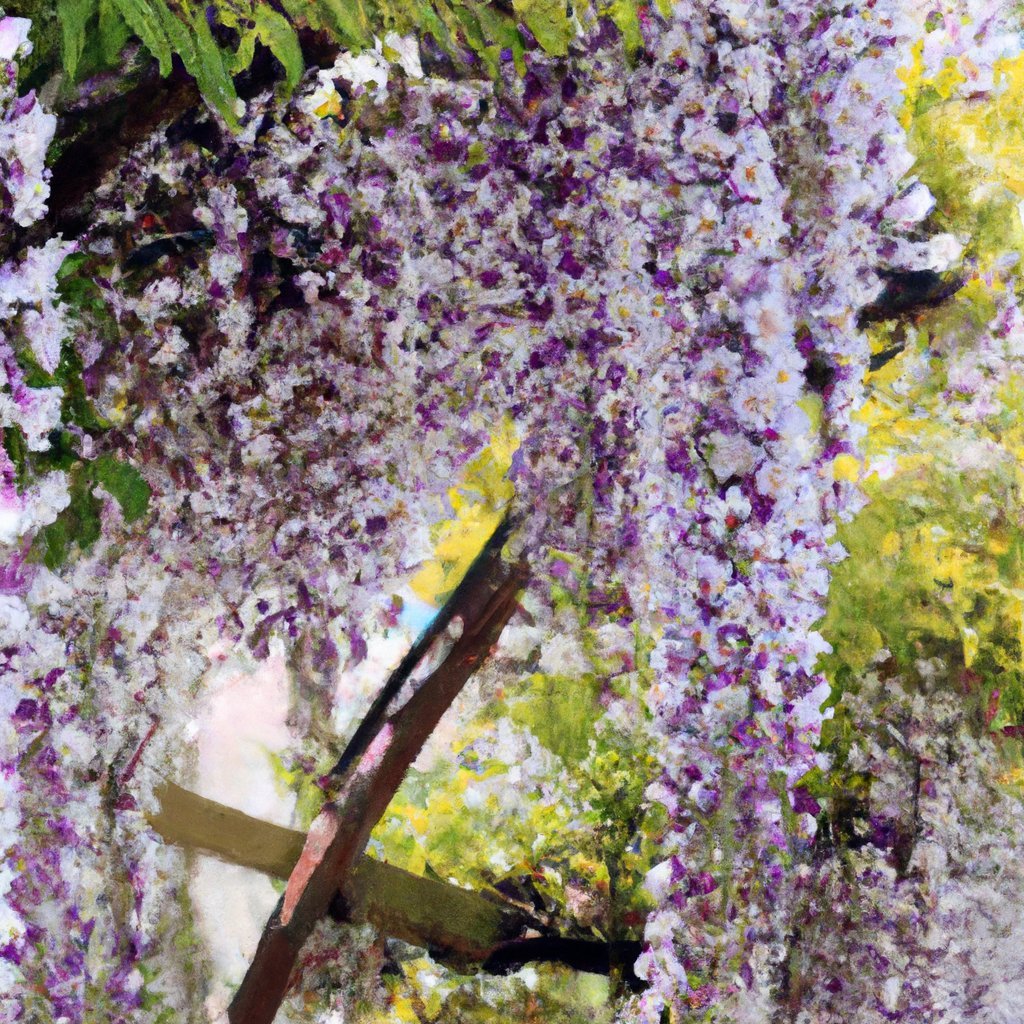 Wisteria is a type of plant that is poisonous to dogs. 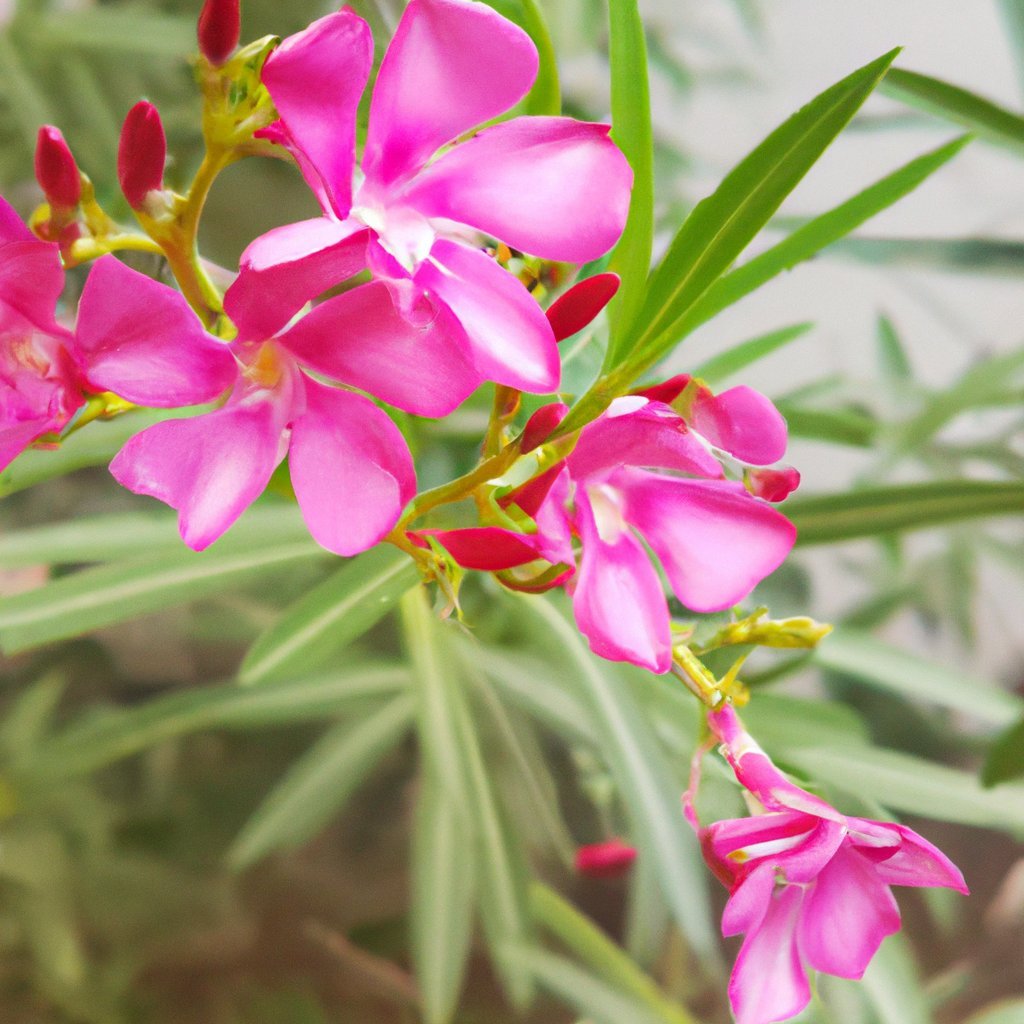 Oleander is a poisonous plant found in many countries around the world. It is a beautiful flowering plant with dark green leaves, pink or white flowers, and clusters of red berries.

This plant is deadly to dogs when ingested. They may experience vomiting, diarrhea, tremors, seizures, and even death. If you have an oleander houseplant in your home or office space and pets at home, then it is crucial to keep them away from the plant at all times. 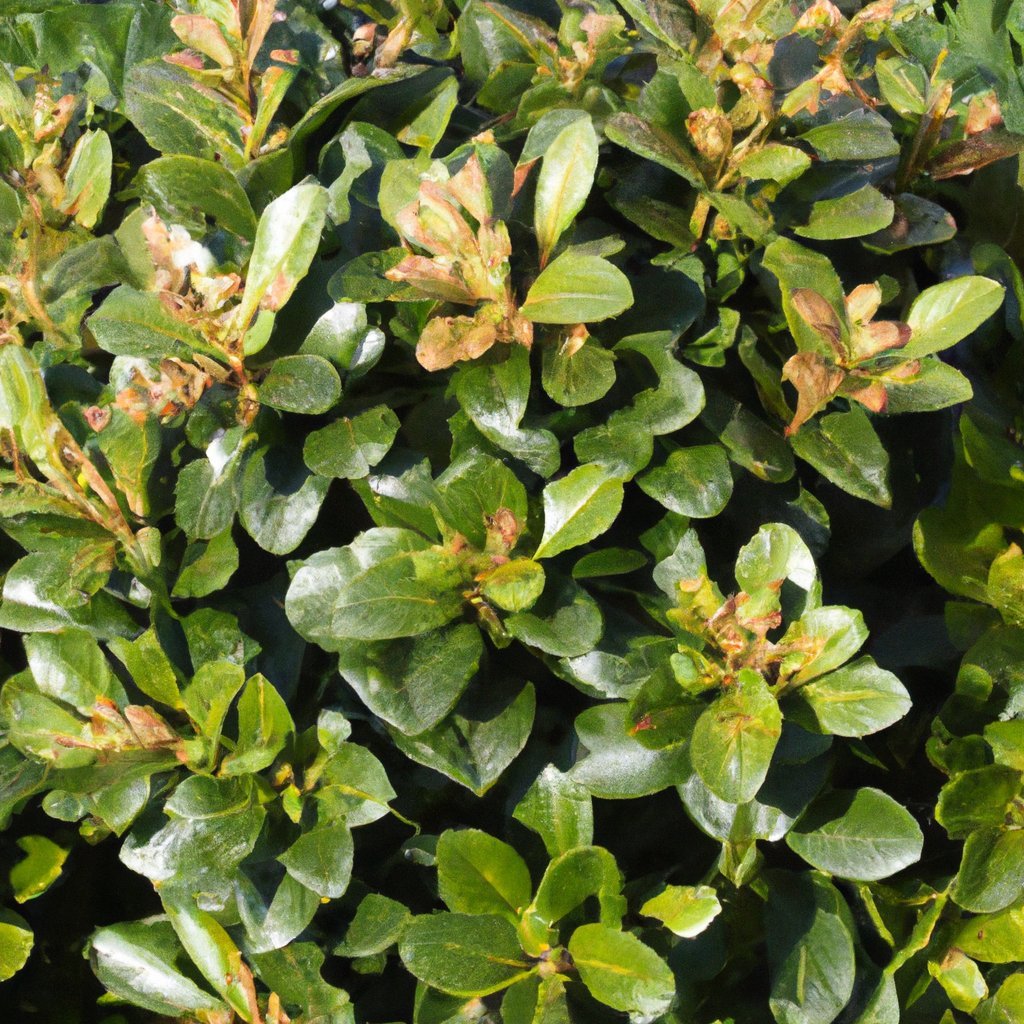 Boxwoods is a popular houseplant that can be toxic to dogs. The Boxwood contains a chemical called Thujone, which is poisonous to the liver and can lead to seizures. Unlike other plants with a type of Thujone, Boxwood is not usually dangerous unless an untreated or prolonged exposure occurs. We should keep our boxwood plants out of reach from dogs and children because they are more susceptible to toxicity than adults. 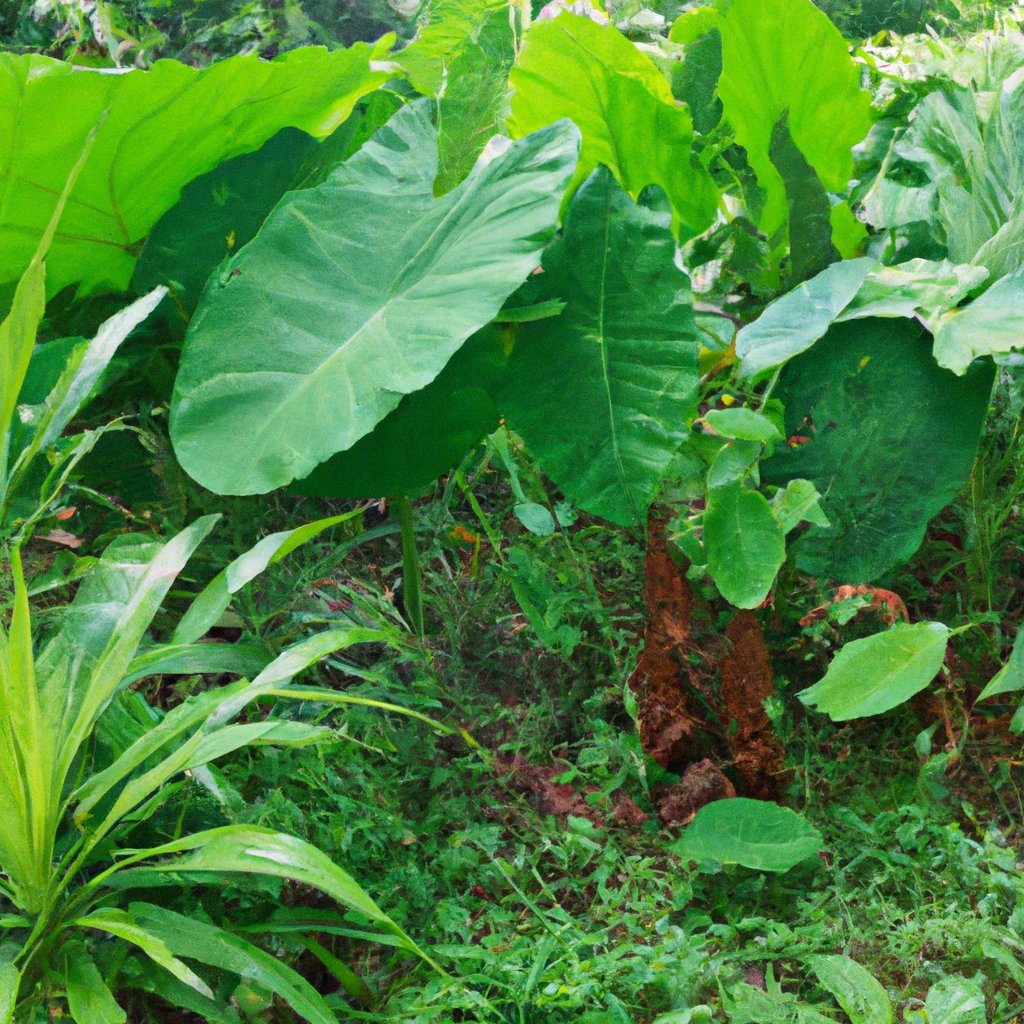 Colocasia is a perennial plant that belongs to the same family as the taro, elephant ear and dahlia. Some varieties of colocasia are toxic to dogs, while others are not.

It is essential to know that all parts of colocasia plants are toxic for dogs, but some varieties are more harmful than others. Dogs who eat this plant can experience symptoms like vomiting, diarrhea and abdominal pain. If untreated, these symptoms can become life-threatening.

Elephant ear plants belong to the same family as colocasia and taro plants. Both of these plants can be poisonous for dogs if they consume them in large quantities or if they have any contact with the leaves or flowers of the plant. 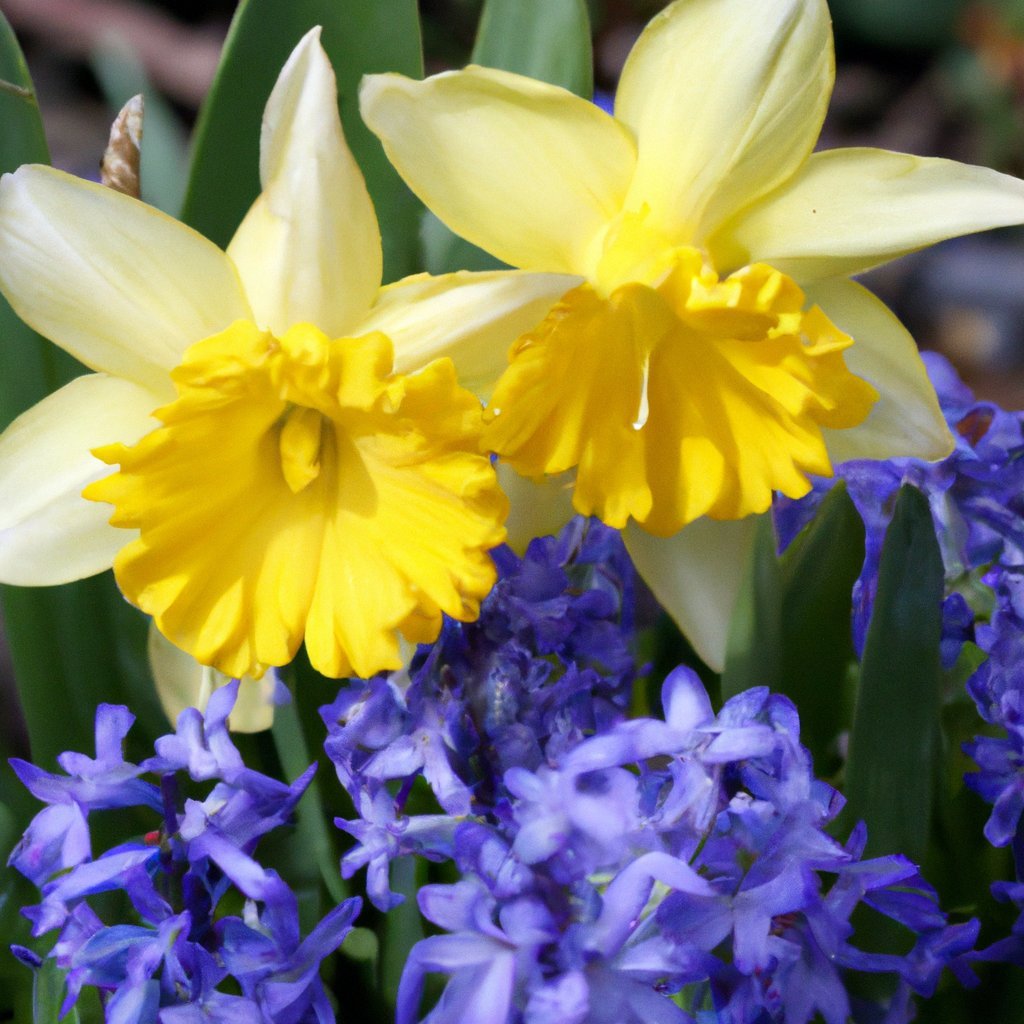 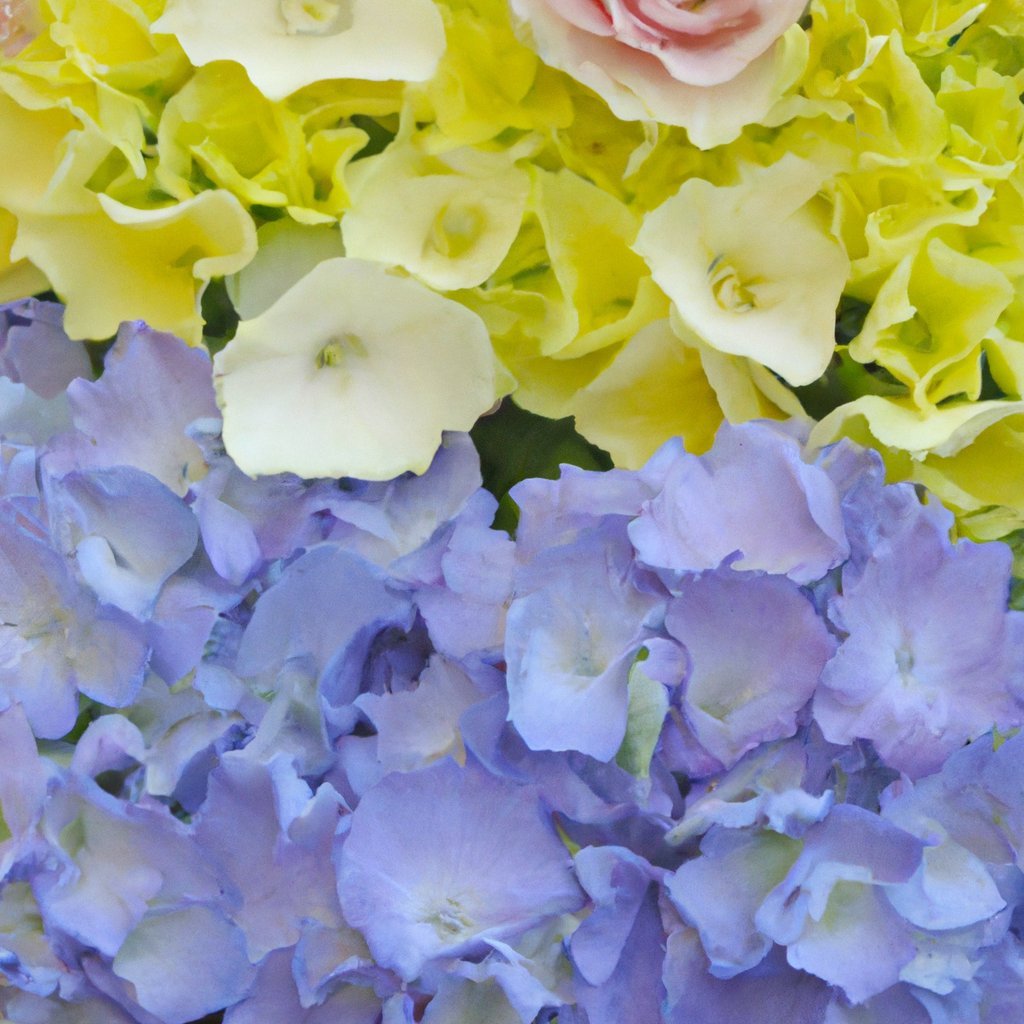 How to Prevent Your Dog from Eating Dangerous Plants?

Dogs are curious creatures, and they love to explore. One of the things that they can be curious about is what’s growing in your garden. Some plants may be safe for your dog to eat, but others can be toxic. This article gives tips on preventing your dog from eating dangerous plants.

How to know if my dog has eaten a poisonous plant?

Knowing when your dog has eaten a toxic plant can be challenging. You might notice that they’re not acting like themselves or have trouble breathing, but more often than not, the tell-tale signs will be much more subtle.

Do you know the signs of plant poisoning? They may include some or all of these symptoms:

It is essential to keep an eye on your dog for rashes, red skin, ulcers or swelling on the lips, tongue or gums because some plants irritate the skin or mouth.

How can I care for my dog if he ate a poisonous plant?

If your animal has ingested a poisonous plant, you need to do the following:

The sooner you get help, the better chance your dog will recover from a poisonous plant. We can’t tell you what treatment they need because that will depend on what plant they have eaten.

It never hurts to be extra careful when letting your dog outside. It helps to know which plants are toxic and non-toxic to dogs before you bring a new plant into your home. Some plants can cause digestive problems and vomiting, while others may cause more severe health issues such as seizures or liver failure.

The Best Herbal Remedies For Your Dog’s Plant Poisoning

Many plants poisonous to humans are also poisonous to our furry friends. It is why it is essential to know which plants are toxic and which ones are not.

This article will list the best herbal remedies for your dog’s plant poisoning. We will also give you some tips on how to avoid plant poisoning in the first place.

If you believe your dog has exposed himself to the following plants, give them a small amount of these remedies as soon as possible.

We have also provided a list of herbs that can be used in dogs when there is not enough time to see a Vet or if you are unable to find one specific product:

Conclusion: The Importance of Knowing What Plants are Safe for Your Dog

Your dog is family as well as your pet. It would be best to prioritize your dog’s happiness and health, which means knowing about all the plants they can eat.

Some people think their dogs can eat plants without danger because they have done it before, and their friend’s dog is okay. However some plants are poisonous for dogs, but other may cause reactions in their digestive system or other parts of their body. It could lead to an emergency.